Humans have employed an incredible variety of plant-derived substances over the millennia in order to alter consciousness and perception. From LSD to cannabis to alcohol to magic mushrooms. With the Golden Teacher shrooms being some of the most popular in the world. So before we dive into the Golden Teacher, let’s first review a brief history.

Among the innumerable opioid drugs, pain killers, “ordeal” drugs (that is, drugs used for soul searching), and other psychoactive substances discovered and used in ritualistic contexts by the cultures from around the world, one class in particular stands out not only for its radical psychological effects but also for the highly charged political and legal atmosphere that has surrounded it since its widespread adoption since the 1950s: the so-called psychedelic substances including magic mushrooms. 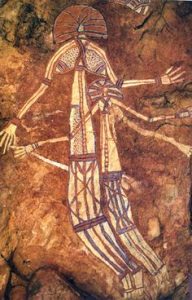 In the 1950s and 1960s psychedelic “drugs” that had been used for thousands of years by indigenous communities from the Latin American and Amazonian regions were rediscovered by adventure-seeking foreigners. This led to these substances being introduced into Western societies that had previously been very against them – or rather, very ignorant towards them. Today, these substances are much more accepted.
Interest in these substances was not limited to the counterculture movement: scientists, psychiatrists, and others saw potential for psychological research, enhancement of creative thinking and artistic appreciation, and clinical value in psychotherapy and the treatment of addiction.

Why did this happen?

All such substances were criminalized on an international scale in the wake of the United Nations’ Single Convention on Narcotic Drugs (1961) and Convention on Psychotropic Substances (1971). Why? Well, it might have had something to do with the pharmaceutical industry and their hold on the political landscape due to money.

With criminalization and its social stigma, research on psychedelics in humans efectively ceased for several decades.  What a shame! Given that many promising avenues of research were revealed by the early investigations of the 1950s and 1960s. Thankfully, there have been some believers still pushing the agenda and thanks to them we can start to understand the powers of some substances like the psilocybin within the Golden Teacher shroom.

Artists and other creative individuals have often reported using psychedelic substances in an effort to enhance creative output or novelty.

Plato’s theory of creative inspiration directly credited the possession of the artist by the Muse or other gods; the artist lost their own mind or self and entered a poetic “fury” or “frenzy” during which a higher force created through them (McMahon, 2013; Murray, 1996; Pieper, 1964). Plato even went so far as to directly compare the frenzy of artistic creation with the cultic rites of Dionysus, where participants were similarly filled with (prob- ably substance-induced) ecstasy and enthusiasm.

William Blake provides an excellent (if more modern) example: Blake’s poetry and painting are all but unimaginable absent the visionary altered states that inspired them (Bloom, 1963). The loss of the sense of self in visionary states is in many ways reminiscent of core and peak psychedelic experiences, dis- cussed in more detail below.

First hand of this occurring after person has ingested Golden Teacher Shrooms:

“Stepping into the house was like stepping into another dimension, everything felt amazing.” – a firsthand experience from Reddit.

Dreaming is a more familiar example of a bizarre visionary experience that each of us participates in every night and thus is easier to relate to when speaking about psychedelic experiences.  There are many parallels between dreaming and daydreaming with psychedelic experience. Including immersive visual imagery, highly novel and unusual patterns of thinking, intense emotional experience, and a disrupted sense of self/ridding of the Ego.

Examples of this occurring after person has ingested Golden Teacher Shrooms:

“The trip seemed to function in waves and cycles. It would start out with this feeling that everything was alive- I could see the walls and carpet breathing, and my friends clothes and hair would move, like algae dancing in the ocean, or a curtain brushed by the breeze.” – a firsthand experience from Reddit.

Moral of the Story

Golden Teacher shrooms are one heck of an experience and highly recommended by ALL who have tried them. From Plato to William Blake and half of Silicon Valley executives, the trip is a doorway to reality. From the physical to the metaphysical that you will experience in you head, all things connect as one: all emotions, thoughts, ideas, actions, feelings, human connections, natural connections. Absolutely beautiful. 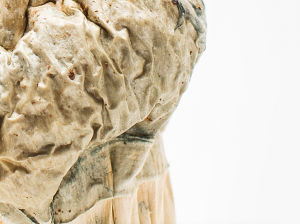