There is an inextricable relationship between magic mushroom and mankind and it goes back a long time ago.

Magic mushrooms or psilocybin-producing fungi have been a part of human history since the early Paleolithic Era. Consumed by the Greeks in secret ceremonies about 5,000 years ago, they were also central to a variety of religious rites, traditions, and beliefs happening worldwide.
Fungi have always been highly regarded for both their healing and mind-expanding properties. Fungal cave drawings found in modern-day Algeria dating around 7,000 years ago suggests that early humans did interact with neurotropic fungi. From the geometric pattern designs left on the cave walls, to the vivid depiction of mushroom shapes, it is difficult not to suspect the encounter between the two inspired such creativity. 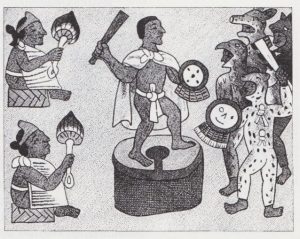 It is said that after the melting of the last ice age, and the beginning of the Paleolithic Era, the environmental conditions were perfect for mushroom proliferation, and human consumption. Furthermore, while on hunting tracking treks, it is known that sapiens would spread animal dung on themselves to camouflage their smell. Given the varieties of psychoactive mushrooms flourishing on dung, one can easily picture primitive men tempted to have a bite. Growing worldwide, in all types of habitats, did the mind-expanding magic mushroom charm the primitive me

The habitats magic mushrooms favour to grow in are as important as how they propagate.
To understand how magic mushrooms spread, let’s take a brief detour to discuss the life cycle of the mushroom. Mushrooms are the fruiting body of an underground network of cells called mycelium. In other words, the mycelium is like the apple-tree, and the mushroom is like the apple. Additionally, the morphology of each mushroom is designed to optimize the dissemination of spores. Spores are like the seeds of the apple, but they are a dust of billions of them. In some areas of the world, spore charged clouds have been known to change the weather or cause “thunderstorm asthma”! 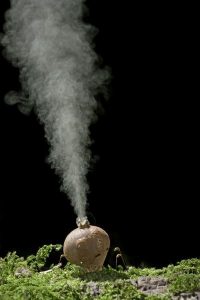 Let’s recapitulate, under the mature cap of gilled fungi resides this powerful reproductive dust of spores, ready to fly, swim, grip on to anything it can! Incredible right? And that is while leaving out the thousands of mating possibilities they have!
This is why the relationship between Psilocybe and humans is deeper than we think: we have helped spread them.
Even if the Spanish conquistadores did all they could to erase the existence of the psychedelic fungi and their rituals, the torture of the Aztecs and Mesoamerican tribes resulted in nothing, the spores made a conquest of their own. As part of this conquest, the spores made it to Europe through the very same people who were desperately trying to make them extinct. By boat, attached on their clothes and their hair, in their animals, under their shoes, on their very skin, the fungi spores continued their very own ruthless expansion.

Psilocybe cubensis, the most widespread magic mushroom out there.
Psilocybe cubensis, one of the most widespread magic mushroom strains naturally growing, is said to have been brought by boat by the Spaniards while navigating from Africa. So even if it was named cubensis in honour of Cuba where it was first documented, it is most probably indigenous to Africa, where we know exist other dung-loving neurotropic species.
Worldwide, magic mushrooms inherit the name of the land they are found; as mycologists say, mushrooms always appear where they are looked for. From the continent of Africa (African Transkei, Pan. tropicalis), to Southeast Asia (Burmese cubensis, Nepal Chitwan, Vietnamese cubensis, Allen Strain), to Europe ( Psilocybe germanica, Inocybe coelestium, Psilocybe bohemica, Wavy Caps) to the Americas (Psilocybe semilanceata, P. allenii, P. stuntzii, P. mammillata, P.azurescens), magic mushrooms thrive. 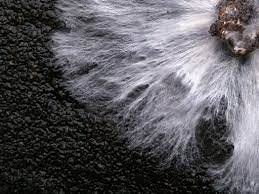 Mycelium, the thread-like root of mushrooms

Through animals, water, air, wood, plants, soil, clothes or hair, spores have the incredible ability to travel anonymously until the conditions are optimal for them to fruit!
In this manner, wherever mushrooms exist, mushrooms spread, and whenever a mature mushroom is picked, billions of spores continue to fall from it, seeding the soil with mycelia, brewing the path for a new generation of mushrooms.
Unlike past relationships between plants and humans, mushrooms have been known to adapt to our environment, instead of  us having to adapt our environment to them.
This adaptability has made them develop over the years an incredible biological fitness, an ultimate hybridization. After all, mycelium is the largest living organism on Earth, with the most humongous one reported from Oregon’s Blue Mountains occupying about 2,384 acres of soil, the equivalent of nothing less than 1,665 football fields!

Magic mushrooms have over the years built an incredible biological fitness.
As we offer new ecosystems for mushrooms to better themselves, and help better the health of our environment, mushrooms also offer us powerful mind-expanding substances that allow us to better ourselves. This is yet another example of the typical trait of magic mushrooms: the ability to provide mutually beneficial relationship with those who interact with it. Mycologists call this a mutualistic relationship.

With this in mind, we should make sure to protect the mushroom species because they are vital to our survival and probably more than we suspect. If mushroom spore-charged clouds can create rainfall for the forest to protect itself from wildfires and other dangers, with a burning 2021 summer like we just had, we can only realize that clear-cuts of our forests and the overall worldwide flippant attitude towards nature is not the way the go. Mushrooms have the potential to help us save ourselves.
In an attempt to express why he chose chemistry, Albert Hofmann explains: ” Mystical experiences in childhood, in which Nature was altered in magical ways, had provoked questions concerning the essence of the external, material world, and chemistry was the scientific field which might afford insights into this”. 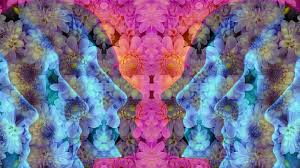 Cover from the book on psychedelics “How to Change Your Mind” by Michael Pollan.

From a contemplative state to a mystical experience, it is the ability to mutate our consciousness that helps us connect to the very ground of our being, it is the conscious experience that helps us grasp the meaning of existence. Hofmann understood that consciousness is malleable because it is mediated by chemistry, the very chemistry he dedicated his lifetime to explore and understand.

Flora, Fauna and Funga, an eco-systemic view of the world.
Fungi and their mycelium are the link between plants and animals. Animals couldn’t digest and process nutrients if it wasn’t for the fungi present in their gut, while plants couldn’t survive in a soil they can’t synthetize.
Fungi couldn’t thrive if it wasn’t for the nutrients provided by the photosynthesis of plants and soil wouldn’t exist if it wasn’t for fungi breaking down the matter into new soil!
Mushrooms are vital to the world, they are what the egg is to a cake recipe, they link the ingredients and create the consistence. Mushrooms are the bridge between life and death, they are the energy of life cycles.
Alonside the never-seen-before rapid destruction of cloud forests, a precious collection of undiscovered fauna, flora and fungi species also disappears. Because, where fungi disappear, ecosystems collapses, we are precipitating the collapse of a variety of ecosystems. Needless to say, it is vital we protect kingdom Fungi, as it has always protected us.

If fungi don’t degenerate matter, matter can’t regenerate.
Giuliana Furci, first female mycologist in Chile and founder of the Fungi Foundation (first NGO dedicated to fungi in the world!), explains that without “the miracle worker” that is fungi, we wouldn’t have “bread, chocolate, cheese, soy sauce, beer, or wine”!
It is said that mushrooms and humans descent from a common plantae ancestor, Neither plant nor animal, mushrooms are closer to us than we think. Penicillin, the incredible antibiotic discovered in 1929 that changed humanity, is originally obtained from mushrooms. It is fungi’s natural medication against bacterial infections, and as crazy as it may be, it works on us, humans! 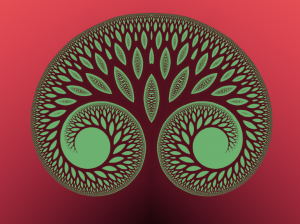 The therapeutical potential of psilocybin.
The psychedelic properties of a variety of plants, mushrooms and animals have been voluntarily explored by humans for thousands of years. Opium, peyote, ayahuasca, cannabis, tobacco, coca, mimosa hostilis (DMT), are amongst the most popular plants known to have been used for spiritual or religious ceremonies. Psilocybin, the psychoactive mushroom extract, has been studied as a therapeutic option for neuropsychiatric conditions such as treatment-resistant depression, anxiety, cluster headache, PTSD, addiction, OCD or anorexia nervosa.

Magic mushroom and the entourage effect.
While most clinical studies use dosed extracts of psilocybin, other studies show the entire mushroom to be as effective if not more effective.
Japanese experts observed that the entire Psilocybe argentines had a positive impact on marble-burying mice behaviour (a behaviour considered an animal model of obsessive-compulsive disorder), and “didn’t affect locomotor abilities as compared with the same dose of authentic psilocybin”.
Such findings show that consumption of the entire mushroom as opposed to dosed psilocybin extract, can change the pharmacological action and thus the psychedelic experience.
The fact that each mushroom has a unique recipe, a “one-of-a-kind chemical equation”, a potion of its own, is a mind-blowing yet quite logical ascertainment. After all, we each have our own DNA sequence, and the taste from one pepper to another varies accordingly to a variety of factors. If it is said that good vines need to suffer to release the sugar, some experts believe that when it comes to mushrooms, a particular compound may help improve the trip.  Is aeruginascin the “feel good” compound of magic mushrooms?

Aeruginascin, one of the other compounds in magic mushrooms, believed to be what CBD is to THC.
Jochum Gartz, the German chemist who discovered aeruginascin, suggests that aeruginascin changes the pharmacological action of the main psychoactive compound psilocybin.This unique phenomenon, called the “entourage effect”, is believed to greatly alter the psychoactive experience, making it one devoid of dysforia, also known as the”bad trip”.

If an era of demonizing psychedelics is coming to an end, thorough studies are in desperate need. Long live fungi, the humbling workers that keep our forests healthy, and long live mushrooms as medicine!

January 7, 2022Leo M
Humans have always had a fascination for the ̶
Read More

Why Use Psychedelics Online Canada?